Cogea was one of the first companies in Italy to deal with audits for Structural Funds and to issue Certification on the soundness of public expenditure to the European Commission.

As from the 1994-99 Structural Fund programming cycle, it has carried out Level I controls (systematic and/or sample checks on operations), Level II controls (analysis of the management system and of control procedures, system risk assessment and subsequent on-site sample checks on operations). As a result of its numerous assignments, over the years Cogea has built up an extensive and proven network of certified public accountants and auditors, present in all Regions.

Cogea has drafted and checked audit trails, extracted samples, conducted on-site checks, drafted certification pursuant to Reg. 2064/97, Reg. 438/01 and Reg. 1828/06 for Regional and Multi-Regional Programmes (ROP - DOCUP (SPD) - MOP Industry), for Operational Programmes (OP Energy - NOP SIL), for Community Initiative Programmes (PIC PMI, Retex, Konver), working for both Ministries and Regions, for assignments entailing total public expenditure (subject to certification) in excess of 14 billion Euros. These assignments have enabled Cogea to build up over the years an extensive and particularly experienced network of collaborators: certified public accountants, auditors and engineers, distributed throughout the Convergence Obj. Regions (and previous Obj. 1 Regions) and in the main regions of the centre and north of the country.

Since 1994 Cogea has performed Monitoring functions, aimed at checking compliance with co-financing procedures and rules (physical, economic, financial, procedural monitoring) on the part of Beneficiaries of initiatives receiving national and EU public funding.

This activity represents the professional area in which Cogea has its greatest territorial presence, and has been carried out on behalf of Community Initiative Programme Intermediary Bodies (PMI, LEADER I and LEADER II, URBAN) and GGs (Global Grants), Sviluppo Italia (under Law 608/96), ministerial agencies (Istituto Sviluppo Agroalimentare ISA SPA) and regions (Emilia Romagna Region Framework Programme Agreements) and financial institutions. 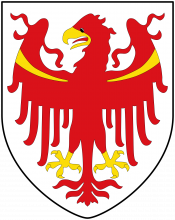